Another CBK single kit Group Build has started on UAMF. This time the Wooden Wonder - Airfix's 1/72 DH Mosquito. If you want to join in just sign up to the forum and introduce yourself.
Posted by CBK at 11:33 AM No comments:

The Huddersfield Model Show unfortunately suffered due the snow we had that weekend. Two of members having a miserable time after breaking down on the way. I got their text before I left the house and imagined spending the day sat behind the dozen kits which I had. Thankfully Bruce made it!

A number of SIGs/Branches and traders failed to make including Aeroclub and Kits Kits. I think there were about 15-20% missing. Unfortunately the weather, which stopped snowing and had started to melt by 11am, had a much bigger impact on visitor numbers. These were well done on last year (which was very successful) and I hope don't jeopardise future events!

Bruce and I however mange to fill the table (~6' wide by 5' deep) nicely, the plinth I'd built turned out to the idea size. I have to say from the start of the day till it started to run down at 3.30pm we had a steady stream of interested punters who wanted to share their memories and revel in the days of classic modelling - we even influenced Rob Monfea who came back to show us his newly purchased Novo boxing of the Swordfish. The leaflets proved popular and I think we've encouraged more than a few to have a look at the website.

It was also great to meet Jamyz Hatstand and Mafoo_white who were encouraged to add a few Frogs to the Tamigawa purchases - a couple of donated kits found their way into their eager mitts, new disciples!

As you may know the the lighting at Hudds is not great for taking pics and I only had time to capture our stand. 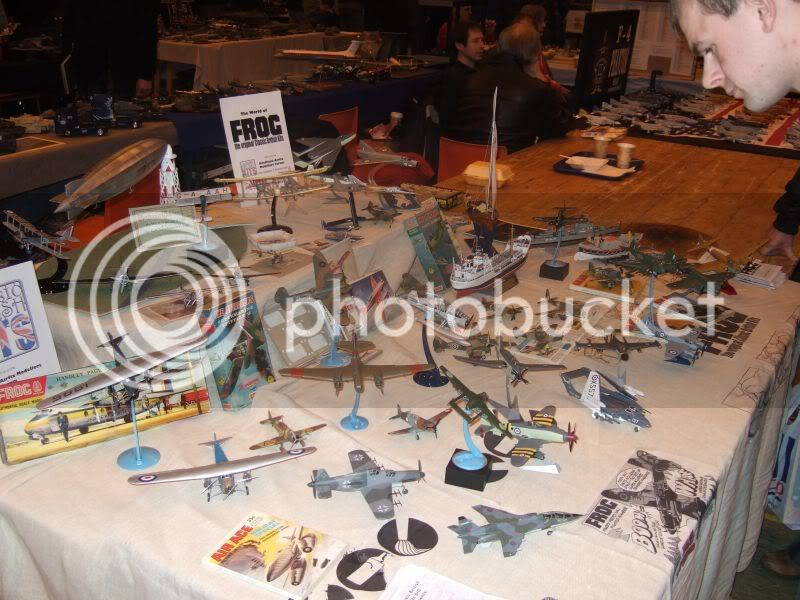 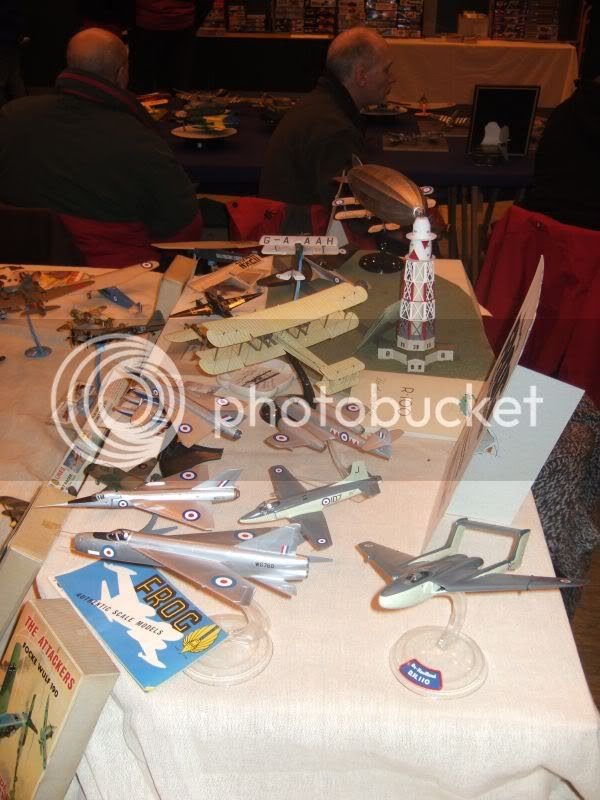 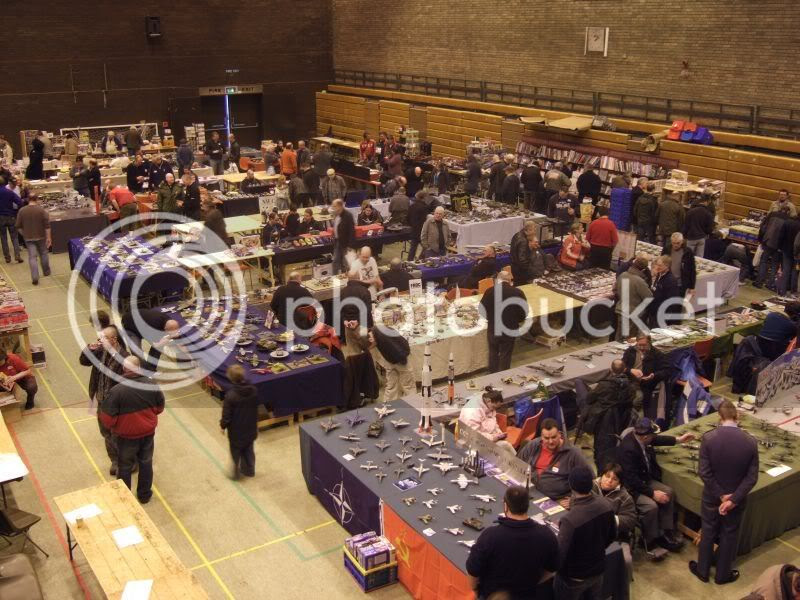 Thanks to anyone who managed to came along to have chat glad you enjoyed the display and I hope we've encouraged a few of you to finally get them Frogs built!
Posted by CBK at 10:48 AM No comments: